I can roughly estimate that up to 80 percent of persons with car insurance do not know the exclusions that are involved in their policy.

It is even rare to find someone who has a perfect understanding of what car insurance covers let alone what it does not cover.

I hope to make you understand what car insurance does not cover so you become aware of the exclusions of your car insurance as much as you know the provisions.

Before I go into the main focus of this article, allow me to show you a real-life event. (The characters involved are fictitious but the event is true).

Mr. Arnold bought car insurance from State Farm. One day, he gave his car to his friend, Steve, to run some errands.

As Steve was running the errands, an aggressive driver collided into him from behind while the traffic light showed red.

The back of Mr. Arnold’s car was badly damaged as a result of the collision. When Steve got back to the office, Mr. Arnold decided to file a claim.

On reaching a State Farm agent, he was told they could not pay any claim on the car because he was not the one driving.

This part of his car insurance policy was foreign to him. He did not know that claims resulting from damages to his car will only be paid when he was driving.

He had to pay for the repairs of his car from his pocket even though he had car insurance from State Farm.

Just like Mr. Arnold, a lot of persons do not know that this is not a part of their car insurance coverage.

To save you from having to file claims and be disappointed by your insurance provider, it is quintessential to know what car insurance does not cover.

These are some of the general exclusions to a car insurance policy:

Car Insurance Does Not Cover Damages Caused By Natural Disasters

Car insurance may cover for collision and accidents but it does not cover losses and damages due to natural disasters.

If events like a tornado, an earthquake, or a flood cause damage to your insured vehicle, you are not entitled to claims.

Usually, you will find events such as floods and earthquakes listed under the clause ‘Acts of God’.

Once an event is listed under ‘Acts of God’, you are not eligible to receive any claims payment from your insurance provider.

Although some insurance companies cover such events, it is not general coverage.

Certain companies may include these events in their coverage but the normal among car insurance companies is to exclude ‘Acts of God’.

It is important to familiarize yourself with the provisions of your policy.

No Coverage For Personal Belongings

Your insurance provider is not liable for anything that happens to the items kept in your car.

If your car is vandalized or stolen, the items in your car at the time would not be paid for.

Car insurance typically covers damages made to your vehicle and not for anything that was in the vehicle at the time.

If you had your laptop, phone, wallet, or any document in your vehicle and they were damaged or stolen with your car, your insurer would compensate you for the car only.

It is also important to note that your head unit, a navigation system, custom-made seats, music system, and other third-party car accessories are not covered by a car insurance policy.

Insurance companies will always demand a police report when an insured vehicle is stolen.

A police report is one of the many documents which will stand as proof of event for claims to be paid.

Car Insurance Does Not Cover Loss Due To Carelessness

On grounds of carelessness, your insurer will not give you any compensation.

Careless actions like forgetting your keys in the car, wrong parking, not locking your car door properly, and so on would not be paid for.

Your insurance company will probe your claim application and if they find out that the damage was caused by your carelessness, your application will be rejected.

Serious caution must be adhered to when handling your car.

Damages Caused By Commercial Use of Car

If your car gets damaged when it is used for commercial or business purposes, claims will not be paid on them.

This does not mean insurance companies do not cover cars used for commercial purposes.

The fact is that using your car for commercial purposes when no clause allows such usage is tantamount to no claims payable.

There are car insurance policy plans that cover commercial vehicles and if you are going to use your car in that regard, you should buy such policies.

No Coverage For Third-party Car Usage

One very important point in what car insurance does not cover is third-party usage as seen in the example I presented earlier.

If someone else is driving your car and it suffers damage, your insurance provider will not pay claims.

Using someone else’s car and suffering any form of damage does not make you eligible for claims.

One piece of advice that I always give policyholders and intending policyholders is that they familiarize themselves with the provisions of their insurance policy.

As for car insurance, there are several exclusions many policyholders do not know of.

Natural disasters are not often covered by a car insurance policy. Also, items in your car are not covered.

You can contact an insurance broker to help you with aspects of your insurance policy you do not understand.

It will save you from disappointments during the claims filing process. 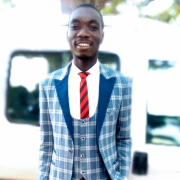 Brodrick Emmanuel Ebube
Brodrick Emmanuel Ebube is the content manager at MyTopInsuranceBlogs.com. He works with other contributors from the ideation of content and down to its execution. He ensures that all articles published on our blog meet international standards, and are well-optimized for search engines. Connect with him on Twitter - @gospelcaster_ng
Previous

Our Essential Tips for Viewing a Used Car in the UK

How To File a Health Insurance Claim

By Editorial Team
11 hours ago

Spread the love The aftermath of a disaster is always sad but you want to ...
By Temitope Odemo
November 11, 2022

Spread the love One of the top predicaments upon purchasing a new car is getting ...
By Editorial Team
October 3, 2022

12 Things That Determine Car Insurance Rates For Seniors Above 65

Spread the love Beyond age, there are many other factors that will determine the car ...
By Editorial Team
September 16, 2022

6 Tips to Avoid Car Accidents or Minimise the Damage

Spread the love Car accidents can be traumatic experiences for those who are involved, especially ...
By Editorial Team
August 25, 2022

How to Get the Best Travel Insurance Policy in Australia